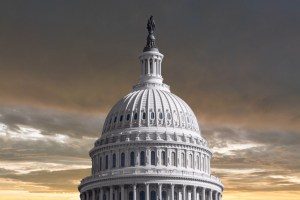 “We covered several important issues at the meeting,” said NAHB Chairman Randy Noel. “Right off the bat, we hit on lumber tariffs and explained the impact they are having on housing affordability and the overall economy. Hopefully, the Treasury secretary will advise President Trump to help us.”

The Commerce Department has imposed tariffs averaging more than 20% on Canadian softwood lumber entering the U.S, resulting in sharp increases in lumber prices that are hurting American home builders and home buyers alike. The increase in the cost of lumber since the beginning of 2017 has been enough to drive up the price of the average new single-family home by more than $6,000 and the market value of an average new multifamily housing unit by roughly $2,400.

Given expected levels of residential single-family production, Mnuchin called these figures “staggering,” and expressed true concern that higher lumber costs stemming from the tariffs could impede the housing and overall economic recovery.

On another key area, Mnuchin said he believes it is important that the administration and Congress move forward on housing finance reform and he expressed support for an important NAHB priority: Ensuring the federal government continues to provide a backstop to maintain the availability of the affordable 30-year fixed-rate mortgage, which has been a staple of the U.S. housing finance system since the 1930s.

NAHB Senior Officers also made the Treasury secretary aware of an emerging issue regarding the new tax law that could increase developers’ sewer and water costs. Some for-profit utilities are interpreting a little-known tax change in a way that is forcing developers to pay substantially more for contributions in aid of construction (CIACs).

Under the new tax law, some CIACs – such as sewage infrastructure or cash payments made to utilities for extending water lines – are considered taxable to a utility if it is a privately-owned, for-profit entity. In some states, affected utilities have begun to notify developers that they will pass this new tax liability onto the builder.

Mnuchin told the NAHB Senior Officers that the Treasury will advise Congress to remedy the situation. NAHB is also actively working with the affected states and engaged in conversations with lawmakers on this topic.