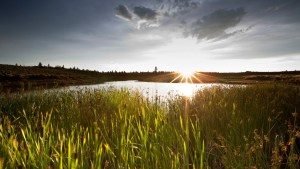 Environmental Protection Agency (EPA) Administrator Andrew Wheeler has announced a final, new “waters of the United States” (WOTUS) regulation at the International Builders’ Show in Las Vegas that resolves years of uncertainty over where federal jurisdiction begins and ends.

“The Navigable Waters Protection Rule is a big win for states, municipalities, builders and developers, landowners and the American public,” Wheeler said in remarks to the NAHB Leadership Council. “It will make it easier to understand where the Clean Water Act applies and, as importantly, where it does not.”

KCHBA member and Johnson County Commissioner Mike Brown was quoted in an EPA press release on the new WOTUS rule: “The Trump Administration has applied long overdue common-sense guidelines in reforming the onerously stringent WOTUS rules…and it has made all the difference for our agricultural, land development and construction industries. As a County Commissioner, General Contractor and long-time member of the Kansas Wheat Growers Association I see and hear first hand how much positive impact these changes will immediately have on these critical industries of Johnson County, the State of Kansas and the USA. Another obstacle has now been removed and a collective sigh of relief can be heard on the fruited plain as further restrictions are pulled off industry and the economic machines are allowed to do what they does best! A HUGE thank you to President Trump and his Administration!”