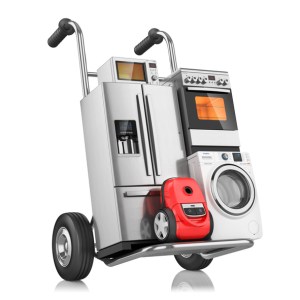 Consumer spending analysis from NAHB highlights another reason why home building helps drive a healthy economy: In their first year of ownership, new home buyers spend about $10,601 on appliances, furnishings and home improvement projects — 2.6 times as much as other home owners in a typical year.

“While construction jobs are the most obvious impact of new homes on the economy, it’s important to realize that it doesn’t stop there,” said NAHB Chairman Granger MacDonald, a home builder and developer in Kerrville, Texas.

“It’s the architects, the heating technicians, the lumber dealers. And it’s the mom-and-pop owners at the local furniture or appliance store who are helping these buyers make their house a home,” he said.

During the first two years after closing on the house, a typical buyer of a newly built single-family home tends to spend on average $4,500 more than a similar non-moving home owner.

A previous NAHB study based on 2004-2007 data collected during the housing boom showed somewhat higher spending by home owners overall. But the tendency of buyers to outspend non-moving owners on appliances, furnishings and home improvements was similar.

In the aggregate, most of the demand for appliances, furnishings and remodeling projects in a given year is generated by non-moving home owners, because they outnumber home buyers by such a wide margin.
But new owners’ impact is noticeable — and vital, MacDonald said. “The health of housing — and new home buying — is  key to the overall state of our economy.”