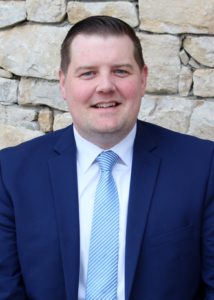 The Home Builders Association of Greater Kansas City is pleased to announce the selection of William Ruder as its new executive vice president, effective immediately.

Ruder comes to the HBA from U.S. Senator Jerry Moran’s office (R-Kan.) in Washington, D.C., where he served as legislative director. As Senator Moran’s most senior policy adviser, he was responsible for formulating and executing the legislative positions and strategy for the office on all issues considered by the United States Senate on behalf of the citizens of Kansas.

In addition to the management responsibilities, he also served as the financial services policy adviser to the Senator in relation to his seat on the Senate Committee on Banking, Housing and Urban Affairs and the Senate Appropriations Committee’s Subcommittee on Financial Services and General Government.

“Will’s strong background in governmental affairs combined with his passion for serving complements the HBA’s mission as the voice of the housing industry,” said Shawn Woods, 2019 HBA president and president of Ashlar Homes. “We are eager to work with Will as he brings new ideas and energy to the organization.”

Ruder will lead the HBA’s staff and be responsible for managing the ongoing implementation and successful completion of the association’s strategic goals. He will represent the association at the local and national level.

“I am thrilled to join an industry so committed to making the Kansas City area such a special place to live and grow,” said Ruder. “To lead a strong and well-respected organization is an honor and I look forward to serving in this strategic role as the home-building industry continues to adapt and evolve to meet the housing needs of the entire region.”

Originally from Plainville, Kan., Ruder received his undergraduate degree from Kansas State University and is currently working on his Master of Business Administration degree from Old Dominion University.