Treasury to Withdraw Two Regs that Would Hinder Home Building 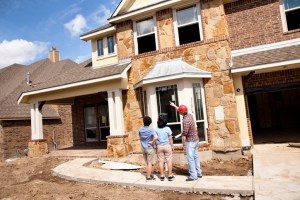 Two wins for reducing unnecessary roadblocks for home builders came out of the U.S. Department of the Treasury on Oct. 4 as it announced plans to withdraw two proposed regulations that NAHB has said would be costly and burdensome.

In its announcement, the Treasury said it plans to withdraw proposed regulations under Section 2704 that would have hurt family owned and operated businesses by limiting valuation discounts. The regulations would have raised taxes on family businesses when an owner passes away and chooses to leave the business to the next generation. NAHB and others warned that the valuation requirements of the proposed regulations were not sensible from an economic standpoint, were unclear and could not be meaningfully applied.

Treasury also plans to withdraw proposed Section 103 regulations on the definition of political subdivision. The proposed regulations would have prohibited most development districts, which are used in many states to finance the construction of sewer systems, water lines and other infrastructure necessary to incorporate a new development into a city, from issuing tax-exempt municipal bonds.

As NAHB reported in July, the Treasury Department had identified eight tax regulations that were considered burdensome, costly and ineffective. These are two regulations from that list. NAHB backed the rescinding of the eight listed burdensome regulations, with particular concerns about the rule that would have restricted eligibility for developments that are deemed “political subdivisions.”

“The withdrawal of these two regulations is a big win for the home building industry,” said J.P. Delmore, AVP of Government Affairs at NAHB. “Home builders benefit in a real way knowing they can pass down their company to a family member without the government blocking their way. And when new development can be financed through development districts — providing a cost effective mechanism to fund the infrastructure needed for new development — it’s a win for the entire community.”

This article is from NAHB’s NAHB Now blog.