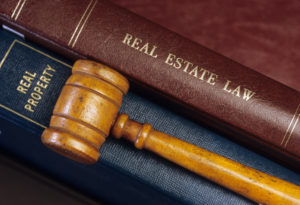 This case deals with the “relevant parcel” rule under the takings clause and can be explained in terms of fractions.

If you own 100 acres and the government takes 40 acres of your land, the fraction is 40/100. The “relevant parcel” is the denominator (100), the total that property courts should use to decide how much of that land has been taken by the government.

In the example, it is easy to determine the relevant parcel, but the Murr case shows why this issue is not as simple as it looks.

In the late 1950s, William Murr bought a small parcel of lakefront property, Lot F, on which he built a family cabin. A few years later, William separately purchased Lot E, the unimproved lot directly adjacent to Lot F. In time, the titles for both lots were passed on to Murr’s children.

In 2004, the Murr children began to look into upgrading the family cabin, but they required the proceeds from the sale of the unimproved Lot E to finance these upgrades. Unfortunately, local regulations prohibited the children from selling Lot E by itself because of minimum lot size restrictions. Further, the children could not develop Lot E because of a local ordinance prohibiting development of adjacent lots if owned by the same person.

In short, the Murr children were left with no options for Lot E except to keep it in its unimproved condition.

The Murr children brought a claim for the 100 percent taking of Lot E only. They did not include any claims for Lot F. However, the government argued that the relevant parcel for purposes of takings analysis was Lot E combined with Lot F; thus, the taking would be far less than 100% since Lot F is not affected by the government regulation.

The Wisconsin appellate court agreed with the government, and ruled that because the two lots are geographically contiguous and under common ownership, takings analysis requires combining the two parcels when determining the loss of economic value. This is despite the fact that Lot E and Lot F were created as legally separate lots, taxed separately, purchased at separate times, and passed on to the children at separate times.

It is easy to see how this decision could affect the home-building industry. For example, if a home builder has completed the first phase of a project and the government prohibits the development of Phase II, it would be very difficult for the builder to establish an unconstitutional taking if the relevant parcel includes the entire site.

NAHB submitted an amicus brief to ensure that the interests of home builders are heard by the Supreme Court. The court has not scheduled a date for oral argument, but it is likely to take place sometime in 2017.

This article is a post on NAHB’s NAHB Now blog.