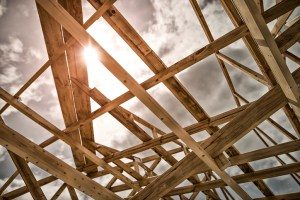 While starts increased by 9 percent in 2017 over 2016, the characteristics of these new homes stayed largely the same, according to survey results from NAHB released during a press conference Jan. 10 at the  International Builders’ Show.

Further, 65 percent of home owners surveyed don’t believe it’s going to get any easier in 2018. Seventy-nine percent of these prospective buyers can only afford half the homes in their markets, Quint said. “These potential buyers see a problem with housing availability. They know it’s a tough nut to crack, but they are not deterred. They are still planning to buy a house in the next 12 months.”

An NAHB survey of builders revealed that homes built in 2018 will most likely include a walk-in closet in the master bedroom, a separate laundry room, a great room, nine-foot ceilings on the main floor and granite kitchen counters. They are also very likely to contain energy-efficient features such as low-E windows and Energy Star-certified appliances and windows.

It’s All About Home Improvement

Home owners are staying in their homes longer than they used to – about 12-13 years, on average – and they are anxious to make changes.

“America has a voracious appetite for home improvement and that’s not changing anytime soon,” Waage said.

Top projects range from freshening up their paint colors (48 percent) and changing their flooring (43 percent) to making improvements in the kitchen, bathroom or outdoor spaces, whether that home is now owned by a “mainstream” (defined as an income of less than $125,000 per year) or a “luxury” buyer.

Mainstream buyers are much more likely to tackle do-it-yourself projects and are willing to make compromises, such as choosing cost over quality, to get results: brightly painted kitchen cabinets and big-box lighting solutions rather than custom installations. They place a premium on energy-efficiency improvements, often because they live in older homes with outdated heating systems.

The “luxury” owner is looking at high-end outdoor fireplaces and furniture, a bathroom renovation that includes a spa shower or expansive, free-standing bathtub and a kitchen with all the bells and whistles, like built-in wine coolers and warming ovens.

One trend that Better Homes and Gardens is watching, Waage and Panos say, is the great room. A staple of new home design for more than 30 years, the combined kitchen, dining and family room may be losing some steam. Whether that pans out into more separate and defined living spaces is unclear, but it’s too soon to tell, they said.

Meanwhile, there is a potential market for tiny houses. The NAHB survey found that 53 percent of respondents might consider purchasing a home of 600 square feet or less in size at some point in their lifetimes. More Gen Xers and millennials are open to the idea than baby boomers and seniors.