Overland Park Cul-de-Sacs in Danger of Disappearing Despite Popularity 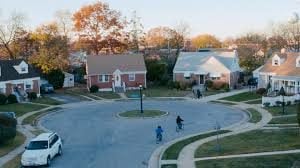 There is no doubt cul-de-sacs are extremely popular. Two-thirds of respondents to the survey, which was conducted by Remington Research Group, said they currently live in a neighborhood with cul-de-sacs and nearly 60 percent said the inclusion of cul-de-sacs in their neighborhoods influenced where they chose to live. Furthermore, 90 percent of respondents said they like cul-de-sacs for the sense of community, increased safety/privacy, less traffic/fewer accidents, and because it’s easier for kids to play outside.

Overwhelmingly, respondents to the survey said that they oppose any proposal that would increase costs, lengthen construction and maintenance timelines, and/or eliminate cul-de-sacs altogether. Yet the city’s proposal, which would mandate cul-de-sacs be constructed with more-expensive concrete instead of traditional asphalt, would do all of these things.

In fact, the mandate would raise the cost of every newly constructed home in a cul-de-sac by $4,000 and would prolong the timeline for construction and maintenance of those cul-de-sacs. Due to the increased cost and maintenance, the rule could very likely leave residential developers no choice but to remove cul-de-sacs from future development plans or even lead them to develop new communities in neighboring cities where there is no such mandate — a decision that would reduce Overland Park’s competitiveness and lessen its attractiveness with future homeowners.

To see the full results of the survey, click here.