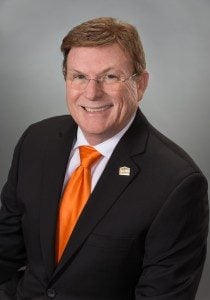 With more than 700 affiliated state and local home builders associations and more than 140,000 members across the country, NAHB represents the interests of the nation’s housing professionals through advocacy, education and research.

Taking the helm as NAHB Chair is Randy Noel, a Louisiana-based custom home builder with more than 30 years of experience in the industry. Noel is president of Reve Inc., a custom home building firm that has developed more than 1,000 custom homes in the greater New Orleans area.

“We will work this year to keep the housing recovery on track and to reduce burdensome regulations that harm housing affordability and inhibit job creation,” said Noel. “We will also urge Congress and the White House to ensure that housing remains a national priority and to promote policies that will provide affordable rental housing and homeownership opportunities for hard-working American families.”

Also moving up on the association’s leadership ladder was Greg Ugalde, a Connecticut builder and developer with more than 25 years of experience in the home building industry. He was elected First Vice Chairman of the Board. Ugalde is president and chief legal officer of Torrington-based T&M Building Co., Inc., one of the largest home builders in the state. Since its founding in 1962, T&M has built more than 3,500 new homes in over 40 Connecticut communities.

Dean Mon, a New Jersey-based builder and developer with more than 30 years of experience in the industry, was elected as Second Vice Chairman of the Board. He is president of the D.R. Mon Group Inc., which specializes in the development and construction of classic urban living projects throughout New Jersey. Since 1985, the company has created communities throughout Morris, Hunterdon, Union, Hudson and Monmouth counties.

John “Chuck” Fowke joined the NAHB leadership ladder with his election as Third Vice Chairman of the Board. A Tampa, Fla.-based custom home builder with 40 years of experience, Fowke is owner and president of Homes by John C. Fowke Inc. His company has created hundreds of homes in many neighborhoods in and around the Tampa Bay area.

2017 NAHB Chairman Granger MacDonald, from Kerrville, Texas, remains on the leadership ladder as Immediate Past Chairman. MacDonald is chairman and CEO of the MacDonald Companies, a diverse development, construction, and property management enterprise with nearly 50 neighborhoods completed and managed throughout Texas.

Rounding out the association’s leadership is NAHB CEO Jerry Howard, from Washington, D.C. Howard heads up a professional staff of more than 240 working out of the National Housing Center in Washington. He has served as the association’s CEO/EVP since February 2001. Previously, Howard was NAHB’s chief tax counsel.