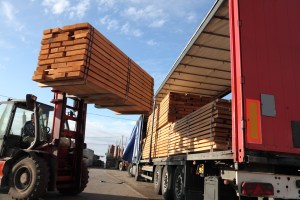 In a special webcast for association leaders and members across the land on NAHB efforts to combat rising lumber prices and supply shortages, NAHB Chairman Chuck Fowke said that Senior Officers held talks with members of the White House National Economic Council (NEC) on Aug. 28 to discuss the impact that soaring lumber prices are having on the housing industry.

“The White House is listening to us,” said Fowke. “They are moving and trying to get something done. They understand the importance of our industry.”

Since mid-April, the composite price of lumber, per Random Lengths, has soared more than 160%. This surge is adding approximately $16,000 the price of a new single-family home and more than $6,000 to the average new apartment, according to the latest NAHB economic analysis.

During the webcast, NAHB Chief Economist Robert Dietz provided an analysis of the market situation and said that escalating lumber prices in recent months are due to the fact that there is not enough domestic production. Many mills reduced production due to stay-at-home orders and social distancing measures enacted by state and local governments at the onset of the coronavirus pandemic. Mill operators projected that housing would be adversely affected by the crisis and anticipated a large drop in demand. But housing weathered the storm much better than was predicted, and demand for lumber has accelerated.

The extreme lumber price volatility has been exacerbated by tariffs averaging more than 20% on Canadian lumber imports into the U.S. market.

Seeking Action at the Highest Level

In addition to the Senior Officers meeting with the White House NEC,  NAHB has reached out to President Trump, Commerce Secretary Ross and U.S. Trade Representative Lighthizer urging the administration to alleviate this growing threat to housing and the economy by:

Additionally, NAHB has called on members of the U.S. Lumber Coalition to boost production and offered to work together to address shortages in the lumber supply chain caused in part by the current pandemic.

On the congressional front, NAHB is urging lawmakers to help boost production by seeking higher targets for timber sales from publicly-owned lands and opening up additional federal forest lands for logging in an environmentally sustainable manner.

NAHB is encouraging all members to take just a few minutes to contact your individual members of Congress and tell them how this lumber crisis is harming your businesses and our industry by logging onto BuilderLink. This will allow you to lend your voice to this effort by sending a letter to your federal lawmaker and urging him/her to take action.

So far, we have contacted more than 400 congressional offices as 1,700 members have sent more than 5,800 emails to their representatives. The more members who participate in this action, the greater the clout for our industry.

On the media front, NAHB has served as the voice of housing, getting our message to Fox Business, CNBC, Forbes, Bloomberg and Motley Fool, who have published articles and aired stories in the fight for price stabilization.

On the individual business front, NAHB recommends inclusion of an escalation clause in contracts. If lumber prices increase by a certain percentage, the customer would be required to pay the extra costs.

“As a builder, I gave out prices in April, signed a contract in May, and then experienced tremendous increases in the price of lumber,” said Fowke. “It is affecting my business as well.”

A sample escalation clause can be found here.

NAHB CEO Jerry Howard also hosted a recent podcast outlining the association’s efforts on the lumber issue and Fowke provided a video summary of efforts as well in a Chairman’s Update blog post.

NAHB will continue working on all fronts to find solutions that will ensure U.S. home builders have access to a stable supply of lumber at reasonable prices to keep housing affordable for hardworking American families. “The Senior Officers are working hard together to address these issues,” said Fowke. “This has become a top priority for myself and the staff at NAHB.”