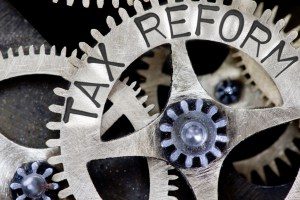 NAHB has come out in official opposition to the House Republican tax reform legislation to be unveiled Nov. 1. The sudden shift came after the House leadership unexpectedly informed NAHB CEO Jerry Howard that a meaningful home ownership tax incentive targeted to the middle class and negotiated in good faith with members of the House Ways and Means Committee would be stripped from the bill.

“Lawmakers missed a golden opportunity to give the American people a tax reform package that would boost middle-class families and promote greater housing opportunity for Americans across the economic spectrum.

“This plan is particularly disappointing, given that the nation’s home builders warned that the proposal would severely diminish the effectiveness of the mortgage interest deduction and presented alternative policies that would retain an effective housing tax incentive in the tax code.

“NAHB worked closely with leaders of the House Ways and Means Committee to develop a better home ownership tax incentive that will ensure the middle class – not the wealthy – benefits. Last week, it appeared that we had a deal that would establish a meaningful home ownership tax credit that would benefit tens of millions of households. Unfortunately, we were told by the House leadership that the credit will be removed from the bill.

“By sharply reducing the number of taxpayers who would itemize, what’s left is a tax bill that essentially eviscerates the mortgage interest deduction and strips the tax code of its most vital home ownership tax benefit. This tax blueprint will harm home values, act as a tax on existing home owners and force many younger, aspiring home buyers out of the market.

“Given that owning a home is the largest asset for most American households, it makes little sense to offer a tax bill that effectively abandons the nation’s long-standing commitment to housing.