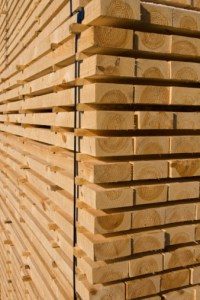 Two NAHB members testified before the U.S. International Trade Commission (ITC) on Sept. 12 as part of the ITC’s final hearing to determine whether U.S. lumber producers have been injured as a result of softwood lumber import from Canada. NAHB Build-PAC Chairman and Texas builder Edward Martin provided the ITC commissioners with the home builder perspective on selecting lumber for certain structural lumber applications during home construction.

Following up Martin’s testimony, NAHB Board of Directors member and lumber company owner Thomas Baalmann Jr. described his experiences with the supply and demand conditions for lumber across the country, as well as his experience with builder preferences.

Negotiations on a new agreement have continued to stall and a solution is not expected anytime in the near future. In November of last year, U.S. lumber producers filed a petition with the ITC, reigniting a long-term trade battle between the two countries.

A Voice at the Table

NAHB is fighting to ensure American consumers have access to a stable, dependable and affordable lumber supply, and participated in the final ITC hearing to ensure builders’ concerns were heard.

During his testimony, Martin urged the ITC to recognize that builders have specific preferences for Douglas Fir and Spruce-Pine-Fir (SPF) over Southern Yellow Pine (SYP) in certain instances, and specifically when framing homes. Martin flatly disagreed with statements by witnesses for the U.S. lumber producers who claimed that “wood is wood” and that any differences between SYP and SPF are “minor and don’t matter much.” Martin testified that view “is flat wrong.”

In fact, Martin stressed that using SYP for wall framing results in complaints from customers because of SYP’s “tendency to twist and warp, which causes the drywall to buckle, upsetting customers” and requiring repairs to the homes.

Echoing Martin’s testimony, Baalmann noted there was not much substitution of species because builders use what works best for them in order to meet local building codes. He also testified that selecting wood is not price-driven and disagreed with earlier testimony from witnesses for the U.S. lumber producers that builders will “pick the cheapest one.” Baalmann said “that isn’t how it works in the real world.” Indeed, in response to price questions from the ITC commissioners, Baalmann testified that even though SYP is currently inexpensive, he has had no customers come to him wanting to switch to SYP to save money when framing a house.

A final determination from the ITC is expected sometime later this year.