HBA Recognizes Rep. Hartzler as a Defender of Housing 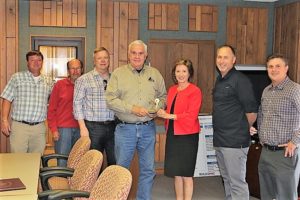 The HBA recently presented Rep. Vicky Hartzler with the Defender of Housing Award, which recognizes courageous federal legislators who have demonstrated strong support for housing and NAHB positions on key issues facing the industry. In doing so, former NAHB Chairman Tom Woods noted that: