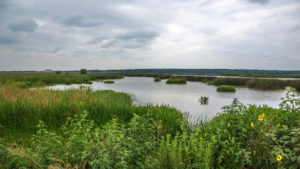 NAHB and its industry partners today presented their first brief to the U.S. Court of Appeals for the Sixth Circuit that challenges the Waters of the U.S. rule.

“The Sixth Circuit issued a nationwide stay of the Waters of the U.S. rule because it is deeply flawed, arbitrarily written, and provides no clarity or certainty to members of the regulated community,” said NAHB Chairman Ed Brady in a press statement.

“The brief hammered home those points and several others: The water rule does not conform to Congress’s intent or Supreme Court precedent and is not supported by scientific evidence. Further, the EPA deprived the public of a meaningful opportunity to comment on critical aspects of the rule and the agency violated the law by conducting grassroots lobbying.

“Meanwhile, two reports from Congress, one released just last week, corroborate these facts and highlight that the rule was politically motivated and based on flawed scientific analysis. While there is a high likelihood that the EPA’s water rule is illegal, builders face an increasing backlog in obtaining federal permits. In turn, these bureaucratic delays increase project costs and harm housing affordability.

“It could be more than a year before we get a final decision. Therefore, Congress must act now to prevent this rule from moving forward,” Brady said.