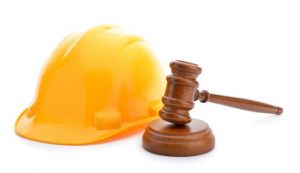 NAHB and a coalition of more than 55 Texas and national business groups have filed a lawsuit against the U.S. Department of Labor (DOL) seeking to halt its federal overtime rule set to take effect Dec. 1.

Earlier this year, the DOL issued the rule, which will double the current overtime salary limit of $23,660 to $47,476. It also allows the minimum salary requirements to be raised every three years.

NAHB and many groups not in favor of the rule have warned that such a huge jump in such a short period of time could actually hurt a significant number of the workers the rule was meant to help. Many small business owners would be forced to scale back on pay and benefits, as well as cut workers’ hours.

The lawsuit filed on Sept. 20 in the U.S. District Court for the Eastern District of Texas asserts that the DOL exceeded its statutory authority in issuing the regulation and violated the Administrative Procedure Act, which governs the way federal agencies can establish regulations. The legal action seeks to bar the DOL from implementing the rule. A coalition of 21 states this week also filed a separate challenge to the rule in the same court district.

NAHB has also been leading the charge to seek a legislative solution and worked closely with Rep. Kurt Schrader (D-Ore.), who recently introduced bipartisan legislation to help small businesses and their workers by mitigating the effects of the overtime rule.

The Overtime Reform and Enhancement Act (H.R. 5813) would allow small businesses operating on tight budgets sufficient time to adjust to the overtime rule by gradually raising the $47,476 threshold under the following timetable:

Moreover, the legislation would eliminate a provision in the rule that requires automatic increases to the overtime salary threshold moving forward. NAHB is strongly urging Congress to swiftly pass this legislation.

This article is a post from NAHB’s Eye on Housing Now blog.

Check out this CNBC interview with Patrick Willis of Willis Custom Homes featuring a recent build in the Hills of Leawood. [embed]https://vimeo.com/588987944?ref=fb-share&fbclid=IwAR0Oro1qQFwupMef9soLu_gZQn17dx_edFvne...
Read More

Join us in celebrating Professional Women in Building Week, Sept. 13-17! PWB Week celebrates the achievements of women in residential construction and encourages them to join and enrich the home building profession. ...
Read More