NAHB Advocacy: Money in Your Pocket 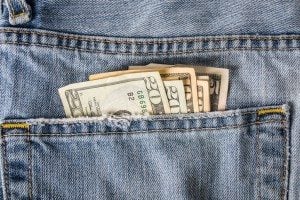 NAHB economists have put a dollar value on selected member benefits and advocacy victories achieved in 2017. Add it up, and you get an average of $7,500 per housing start for a typical builder.

That figure demonstrates just how much value NAHB delivers for members: the value per housing start a typical builder will see in 2018 as a result of key NAHB advocacy victories in 2017. Some members will experience more of these benefits than others.

Here are some of the advocacy victories that contributed to that number:

OSHA Suspends Enforcement of Onerous Beryllium Rule. Estimated value: $2.03 billion ($1,600 per housing start). On Jan. 9, 2017, OSHA published its final rule on Occupational Exposure to Beryllium. Even though the proposed rule did not apply to the construction industry, the final rule did. NAHB filed a lawsuit challenging OSHA’s authority to issue such a rule under these circumstances. In response, OSHA announced that it would stop enforcing the rule in the construction industry.

Preservation of Lower Cost Options in Building Codes. Estimated Value: $1.26 billion ($1,000 per housing start). NAHB was successful in keeping a number of costly provisions out of the 2015 versions of the International Residential Code and International Energy Conservation Code. Defeated proposals include: Fenestration-U-Factor in Climate Zones 5, 6, 7 and 8 increased to triple pane levels; a high-efficiency water heating equipment requirement; and requirements for new homes to facilitate future solar energy system installations.

Tax Reform: Reductions in Builder Taxes. Estimated value: $1.51 billion ($1,200 per housing start). NAHB was involved from start to finish in the legislative debate over tax reform. On the business side, NAHB worked to reduce taxes on business, including reductions for pass-thru entities, which resulted in lower tax rates and a special pass-thru deduction intended to benefit small business.

Tax Reform: Protection of Builder Interest Deduction. Estimated value: $884 million ($700 per housing start). The 2016 Better Way Tax Reform blueprint (published by the Ways and Means Committee as an initial draft of tax reform) proposed to eliminate any business deduction on interest paid on business loans, including acquisition, development and construction loans. Because of NAHB’s advocacy efforts, the final tax reform legislation includes a special exemption for real estate businesses from the interest deduction limits imposed on the rest of the economy.

Elimination of Seriously Flawed Duct Proposal. Estimated value: $867.4 million ($700 per housing start). NAHB, along with HBA leaders in California and Nevada, strongly opposed a proposed change to the 2018 edition of the Uniform Mechanical Code (UMC) that would have limited the length of flex duct to five feet in residential applications. Recently, the International Association of Plumbing and Mechanical Officials announced that it has decided not to approve this change.

To learn how KCHBA assisted builders locally with advocacy in 2017, click here.