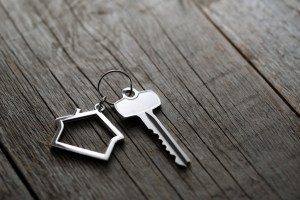 Keychain figure of house and key on wooden table

Two market researchers – who happen to be millennials themselves – offered insight into their generation in Two Millennials Tell All, an education session offered Jan. 10 during the NAHB International Builders’ Show in Orlando.

While generalities about this group may ring true: This generation prefers experiences over things and likes to “collect moments” rather than sets of good china place settings, there’s actually much more diversity than many people realize, said Ali Wolf, manager of housing economics for California-based Meyers Research LLC.

For one thing, 43 percent of millennials aren’t white, don’t solidly identify as either “traditionals” or “trailblazers” and, because they now range in age from 17 to 37, have incomes across the economic spectrum.

And as NAHB Economics own research has indicated, a surprising majority of millennials aren’t necessarily interested in urban spaces, but still want a single-family home with a yard. The challenge for home builders is to create a product that this generation wants but that can still afford as first-time buyers, the presenters said. In fact, 21 percent of millennials surveyed said they haven’t bought a home yet because they can’t afford one, period.

One solution: Understand that millennials are willing to compromise. They’ll sacrifice some space in exchange for more luxurious finishes, like quartz countertops. Good design is important to this generation.

Flexible spaces are important as well. Make sure that the dining area is large enough for a large gathering of friends and family for Thanksgiving and other special dinners, but easily converted into a workspace or studio for the rest of the year.

Three/two still rules. A home with three bedrooms and two bathrooms is the most preferred, and 1,000 square feet is the minimum. That third bedroom can be a loft area or study nook if space is at a premium, however.

This article is a post on NAHB’s NAHB Now blog.