Over 50 HBA members gathered on March 23 at the Brookridge Country Club for the first quarter Kansas Area Council meeting.  Speakers included Mark Wassom, the new Chief Building Official of Olathe and Ed Eilert, Chairman of the Johnson County Board of Commissioners.

Wassom stated that he hopes to avoid permit and inspection delays such as were experienced last summer due to city staffing problems.  He reported that two new inspectors have been hired for field work and he is planning to hire a part-time inspector to handle in-office tasks.  A longer-term project that should greatly improve the permitting process is the implementation of new software.  He hopes to have the new system (known as Intergov) in place by early to mid-2017.  In answer to a question regarding the goal for permit turn-around times, Wassom said that the department’s goal is three days for residential permits and 10 days for commercial projects.

Eilert reviewed the two major issues that the commissioners are currently facing:  the need to rebuild the Tomahawk Creek waste water plant (originally built in 1945) and plans to construct a new courthouse.  A sales tax proposal for courthouse construction may appear on the November ballot.

Other issues mentioned by Chairman Eilert were the effect the phase-out of the mortgage registration fee is having on county finances and the possible effect of a property tax lid imposed by state legislators on local governments.

With the unemployment rate in Johnson County at 2.9 percent (the lowest rate in the four state area) and increasing population, Eilert and local home builders are optimistic about future development in Johnson County.

The Kansas Area Council is chaired by Rocky Rhodes of Allure Luxury Homes and co-chaired by Tommy Bickimer, Bickimer Construction.  The next meeting of the council is scheduled for June 22. 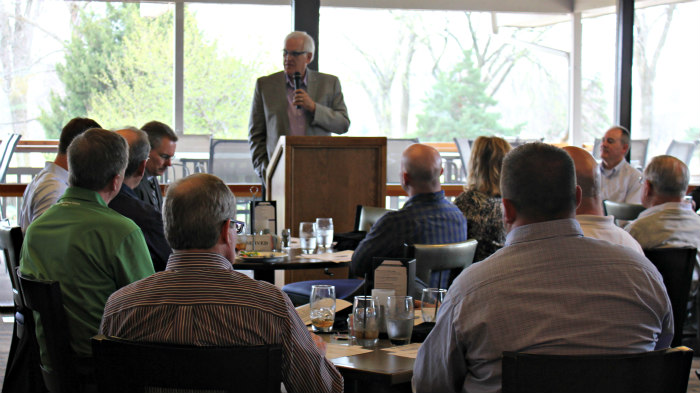