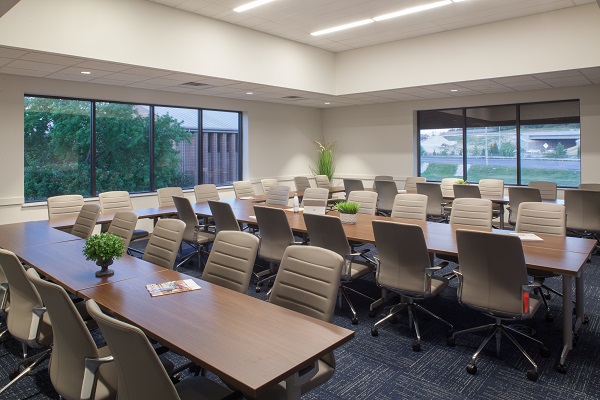 Nearly 200 people attended the HBA’s open house on July 31. Attendees had the opportunity to view the newly renovated main floor of the HBA building – a building that has served as the headquarters of the HBA since 1979.

Remodel committee chair George Schluter recognized each of the contributors to the remodel and contractor Josh McDonald of Nexus 5 presented George and HBA Executive Vice President Will Ruder with a framed picture of the newly renovated building.