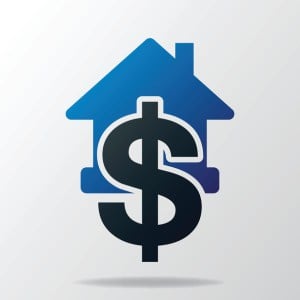 Housing data was in focus this week, with April readings showing market impacts from government-imposed shutdowns intended to facilitate virus mitigation. While those impacts were strongly negative, the realized declines have been relatively smaller in the housing industry than initially forecasted.

Moreover, the notable resiliency of housing demand amid historic job losses is an indicator of the potential of the housing sector to help lead the economy in an eventual rebound. While challenges still lie ahead — particularly the possibility for a large, second outbreak of the virus in the fall — the designation of home construction as an essential industry combined with the reopening of major portions of the U.S. economy sets the stage for improving data for the housing sector in the months ahead.

The benchmark measure of builder confidence, the NAHB/Wells Fargo Housing Market Index (HMI), rebounded in May, increasing seven points to a still negative reading of 37. The gain in May nonetheless pointed to improvements for housing starts ahead, with April being a low point for the current recession.

Single-family starts were down 25 percent in April from March, declining to an annualized rate of 650,000. The April level marks the slowest annualized pace since 2015 and is off 37 percent since the strong rate recorded in February. The strength of the early 2020 data means that even with recent declines, single-family starts remain 1 percent higher for the first four months of the year compared to the first four month of 2019.

The NAHB Multifamily Production Index (MPI) showed a 22-point drop in the first quarter, falling to a negative reading of 27. This reading of the MPI is consistent with declines for the multifamily forecast as job losses mount. Indeed, multifamily starts declined 40.5 percent in April to a 241,000 annualized rate. This represents a 62 percent decline from the peak January rate. A recovery for apartment construction will depend on the pace of job restoration as economies reopen.

Existing home sales, as estimated by the National Association of Realtors, experienced the largest decline in 10 years. Despite being down 18 percent in April relative to March, current inventory remains tight, with only a 4.1-months’ supply. Pricing actually accelerated to a 7 percent year-over-year gain, which is another indicator of the potential gains for housing.

Another positive indicator comes from the Mortgage Bankers Association mortgage data, which finds that mortgage applications for home purchases have increased for five straight weeks and are down only 1 percent compared to a year ago. Given this demand environment, thus far, relatively few builders are cutting prices to generate sales. In the April HMI, only 22 percent of builders reported using price incentives, and among those, the typical price cut was only 5 percent. In contrast, 40 percent of builders reduced prices at the end of 2018, during the housing soft patch of 2018-2019.

Despite these relatively encouraging housing data points, macro data continue to show historic challenges. Another 2.4 million jobless claims were filed this week, bringing the two-month total to almost 39 million total job losses. The data implies an unemployment rate of more than 17 percent, with our forecast suggesting a rate closer to 20% for the second quarter. Such job losses will have ripple effects on purchase data for consumers, although it is worth noting that prior economic research finds that duration matters for job losses.

When unemployment is held to periods of less than six months, consumers are able to adapt without major changes in decisions regarding large purchase plans. The April job report found that 18 million individuals believed it was possible for them to regain their prior employment, which is an encouraging sign for a rebound.

This article is from the NAHB Now blog.

Save a Life Breakfast

Did you know 1 in 5 U.S. adults experience mental illness each year? It turns out that 90% of people who commit suicide have experienced symptoms of a mental health condition. And the construction industry has the second high...
Read More

Bring a Potential Member to Join the Team! The Associates Council will be hosting a tour of Arrowhead Stadium! All current and potential members are welcome.  (If they join in September, the referring member will receive ...
Read More