EPA Seeks to Revise Definition of Waters of the U.S. 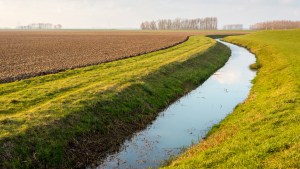 The U.S. Environmental Protection Agency (EPA) and Department of the Army (the agencies) have announced their intent to revise the definition of “waters of the United States” (WOTUS). EPA Administrator Michael Regan says that the Navigable Waters Protection Rule (NWPR) enacted during the Trump administration to define WOTUS “is leading to significant environmental degradation.”

Despite yesterday’s announcement by the EPA administrator, the NWPR remains in effect nationwide until the EPA and the U.S. Army Corps of Engineers initiate and complete a federal rulemaking process on the existing WOTUS definition under the NWPR. This is a process that typically takes over a year to complete.

NAHB is a strong proponent of the NWPR because it corrects the vast overreach of prior rules by excluding most man-made ditches and isolated ponds from federal jurisdiction, restores common sense to the regulatory process, reduces projects costs and safeguards America’s water resources.

However, the Biden administration is taking a different approach.

The EPA announced that “upon review of the Navigable Waters Protection Rule, the agencies have determined that the rule is significantly reducing clean water protections. The lack of protections is particularly significant in arid states, like New Mexico and Arizona, where nearly every one of over 1,500 streams assessed has been found to be non-jurisdictional. The agencies are also aware of 333 projects that would have required Section 404 permitting prior to the Navigable Waters Protection Rule, but no longer do.”

EPA said that as a result of these findings, the Department of Justice is filing a motion requesting remand of the rule. EPA and the Department of the Army will seek a new rulemaking process that restores the protections in place prior to the 2015 WOTUS implementation, and “anticipates developing a new rule that defines WOTUS and is informed by a robust engagement process as well as the experience of implementing the pre-2015 rule, the Obama-era Clean Water Rule, and the Trump-era Navigable Waters Protection Rule.”

The agencies’ new regulatory effort will be guided by the following considerations:

The agencies state that they are committed to meaningful stakeholder engagement to ensure that a revised definition of WOTUS considers essential clean water protections, as well as how the use of water supports key economic sectors. Further details of the agencies’ plans, including opportunity for public participation, will be conveyed in a forthcoming action. NAHB will remain firmly engaged in this process.

To learn more about the definition of WOTUS, visit epa.gov/wotus.

This article originally published on NAHBNow.

Parade of Playhouses: Reserve Your Spot by Jan. 28

PARADE of PLAYHOUSES APRIL 2 - 10 at UNION STATION The Parade of Playhouses is the Home Builders Association of Greater Kansas City's largest fundraiser. This event is fun and creative, allowing our builders along...
Read More

This lunch and learn is sponsored by Warner Robinson LLC, a KC firm and member of KCHBA that specializes in the 45L Energy Efficient Home Tax Credit. This credit is available to home builders and multifamily developers an...
Read More

The Home Builders Association of Greater Kansas City (KCHBA) is excited to announce that it is now using Growth Zone for all its member needs. (No more Builder Fusion!) Growth Zone offers new ways to view members-only con...
Read More