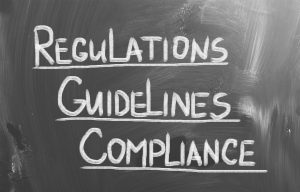 NAHB joined EPA officials in Washington on Oct. 4 as the agency relaunched its Smart Sectors program, a business community partnership to develop sensible regulations while protecting the environment and public health.

Representing the residential housing industry, NAHB Senior VP of Regulatory Affairs Susan Asmus reminded EPA officials that “We have to be cognizant of the impact of regulations on small businesses because the majority of the nation’s home builders construct less than 10 homes a year. Home builders want a regulatory structure that is timely, consistent and predictable. As an industry, we want sensible regulatory programs with straightforward compliance requirements.”

NAHB also noted that a key component of smart regulation is ensuring that local, state and federal agencies work together to streamline permit processing. As the Smart Sectors program moves forward, NAHB will continue to provide the EPA with commonsense solutions to help relieve regulatory burdens that often delay construction and raise the cost of housing for consumers.

Smart Sectors originally launched in 2003, as an outgrowth of EPA’s Common Sense Initiative developed during the Clinton Administration. However, it was discontinued in 2009. EPA hopes the new program will also streamline its internal operations. “The Smart Sectors team will help address executive orders on regulatory reform, energy independence, permit streamlining and the reconsideration of major regulation,” the agency said.

Learn more about the program at www.epa.gov/smartsectors.