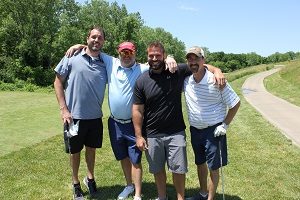 You’re a member of the HBA for a reason, right? If you share your reason (or reasons) with non-members and they join in October — you win prizes!

The prizes available to win vary based on the number of new members earned:

If you can’t remember why you’re a member of the HBA, here’s a refresher:

Members play a vital role in the function of the KCHBA. The KCHBA would like to use the month of October to bring in new members, while also serving to remind existing members of the value they hold within the HBA.