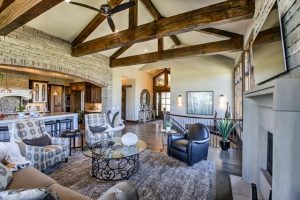 Eight-eight percent of consumers surveyed said they would rate the Fall Parade of Homes as good and/or excellent, according to the Home Builders Association of Greater Kansas City.

When asked how they heard about the Parade, a large portion of respondents said online (40 percent), followed by word of mouth (18 percent).

Twenty-six percent said the main reason they visited homes on the Parade was to look for a new home to purchase. Seeing the latest design trends was another popular answer.

For the first time, the construction status of the homes was listed in the Parade guide and online (foundation, frame, trim). When asked if this improved the consumers’ Parade experience, 62 percent “yes” while 10 percent said “no.”

Also new during the Fall Parade was the mobile app, which was downloaded by more than 1,700 Parade-goers. Survey respondents offered good feedback on ways to improve the app moving forward, including adding a way to select or save favorites on the app and adding maps of the three regions (Missouri North, Missouri South and Kansas) to the app. The HBA will review all the suggestions and work to improve the app for the Spring 2018 Parade.