Consumer Prices Rising at Fastest Pace in a Decade

Consumer prices continued to rise in May, supported by increases in housing costs.

The Bureau of Labor Statistics (BLS) reported that the Consumer Price Index (CPI) rose by 0.6% in May on a seasonally adjusted basis, following an increase of 0.8% in April. It marks the largest increase since June 2009. Excluding the volatile food and energy components, “core” CPI increased by 0.7% in May, after an increase of 0.9% in April. It is the largest increase during the past 39 years. 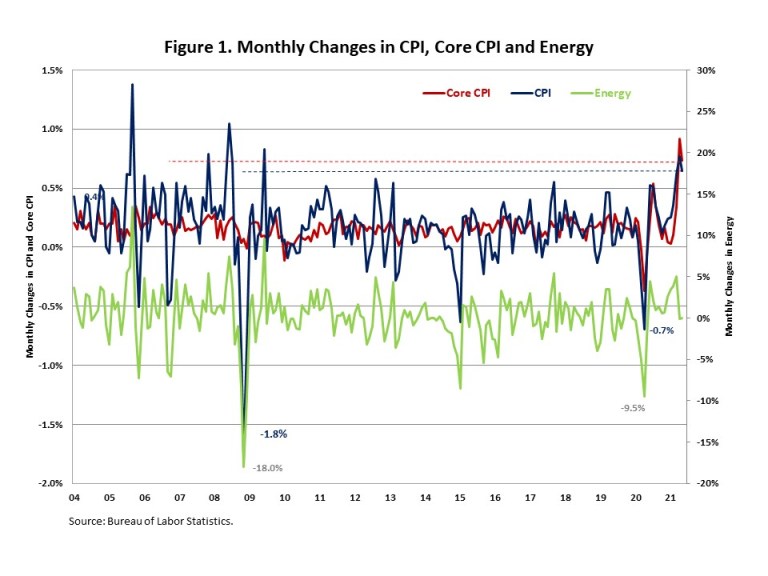 The price index for a broad set of energy sources was flat in May, after a decrease of 0.1% in April. Gasoline (all type) decreased by 0.7% in May, offsetting increases in the electricity and natural gas indexes. The food index rose by 0.4% in May, the same increase as in April. The indexes for food at home and food away from home rose by 0.4% and 0.6%, respectively.

In May, prices increased broadly. The index for shelter, which makes up more than 30% of headline CPI, rose by 0.3% in May. The index for owners’ equivalent rent (OER) increased by 0.3%, the largest gain since June 2019. As OER accounts for 30% of the core CPI and 24% of the headline CPI, increases in this component will fuel additional inflation. Keep in mind home prices themselves are not in CPI as they are the price of a capital good, not a value of current housing services (although home buyers clearly experience higher prices as a higher cost of living).

NAHB constructs a “real” rent index to indicate whether inflation in rents is faster or slower than overall inflation. It provides insight into the supply and demand conditions for rental housing. When inflation in rents is rising faster (slower) than overall inflation, the real rent index rises (declines). The real rent index is calculated by dividing the price index for rent by the core CPI (to exclude the volatile food and energy components). 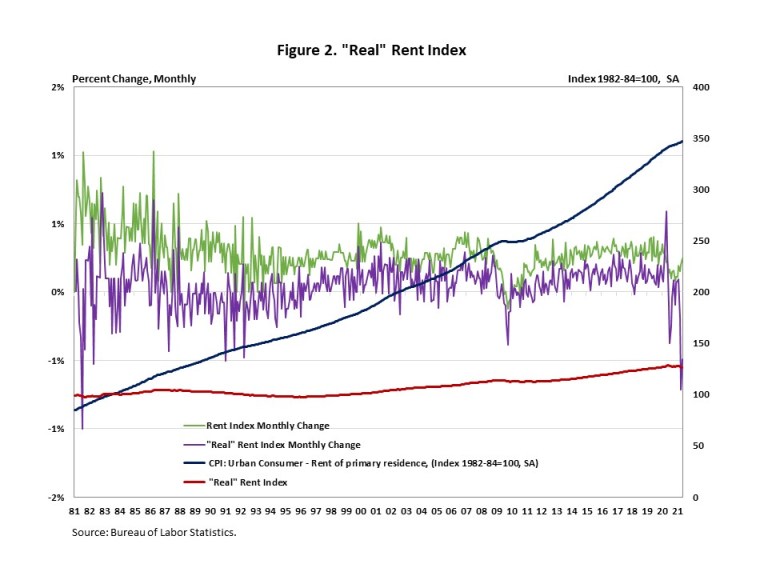 Framing lumber prices garnered more attention than any other building material over the past year as prices quadrupled between April 2020 and May 2021.  But even as lumber prices decline, the spotlight on lumber continues to...
Read More

Join the KCHBA Young Professionals for a night at City Barrel Brewery + Kitchen! This event is FREE to attend. Appetizers and complimentary drinks will be provided. Thank you to JamesHardie for sponsoring! Please RS...
Read More