Clock is Ticking as Implementation of Overtime Rule Draws Closer 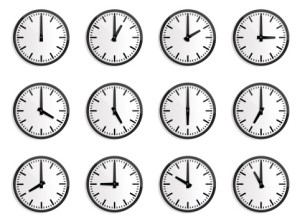 With the Department of Labor’s (DOL) final rule to double the overtime salary limit from $23,660 to $47,476 set to take effect on Dec. 1, more than 400 business groups are seeking congressional action to postpone implementation of the rule.

The Partnership to Protect Workplace Opportunity (which includes NAHB as a coalition partner) on Oct. 14 sent a letter to Sen. Lamar Alexander (R-Tenn.), chairman of the Senate Committee on Health Education, Labor and Pensions, in support of his legislation to mitigate the impact of the rule on the nation’s small business community. The Overtime Reform and Review Act (S. 3464) would provide a five-year phase-in of the $47,476 salary threshold and eliminate a provision in the rule that requires automatic increases to the overtime salary threshold moving forward.

Working with House and Senate lawmakers and members of our business coalition, NAHB has been spearheading this effort to delay DOL’s rule from taking effect on Dec. 1. Such a huge jump in the overtime threshold in such a short period of time could actually hurt a significant number of the workers the rule was meant to help. Many small business owners would be forced to scale back on pay and benefits, as well as cut workers’ hours.

Similar legislation is pending in the House. The Overtime Reform and Enhancement Act (H.R. 5813), would provide a four-year phase-in of the $47,476 salary threshold and it also eliminates the automatic three-year cost of living salary adjustment.

There is little time left for Congress to act to reform the rule. As NAHB works toward permanent relief, the association will continue to provide its members with the tools they need to comply with the new overtime requirements.

This article is from NAHB’s NAHB Now blog.