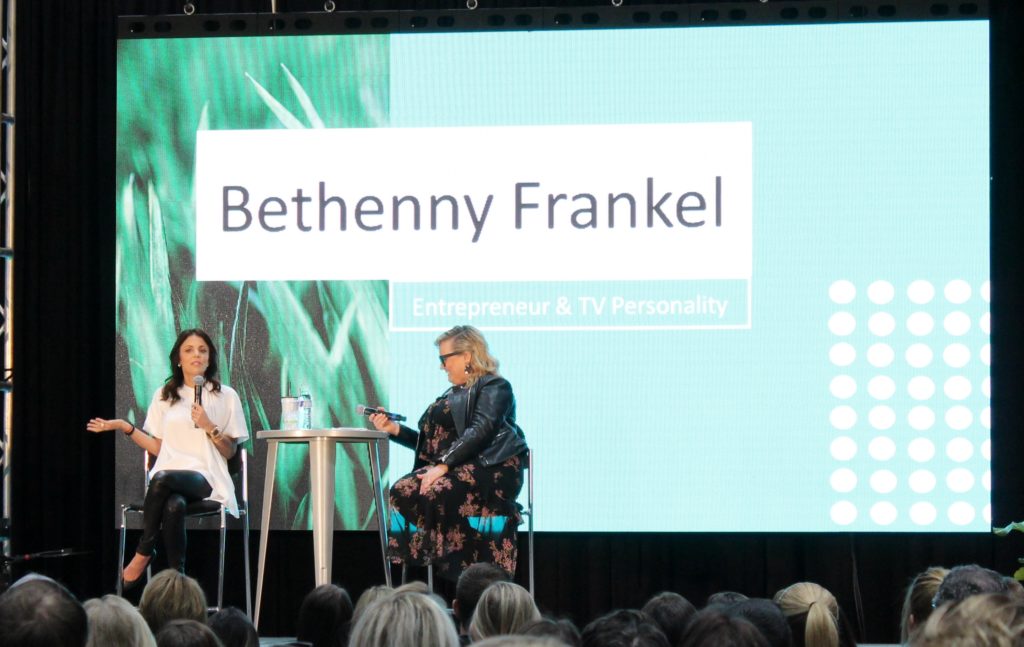 Self-made businesswoman and TV personality Bethany Frankel headlined the Greater Kansas City Home and Lifestyle Show on March 22-24 at the Kansas City Convention Center. Bethenny is the founder and CEO of the Skinnygirl brand of lifestyle products and stars in “Real Housewives of New York” as well as makes frequent guest appearances on ABC’s Shark Tank. The New York Times bestselling author and mother pulled no punches during her two appearances on the Main Stage during the 2019 KC Home Show, dishing on everything from home investment and design, her personal goals, and living life in the spotlight. Below are our top quotes from the multimedia phenom:

On her design philosophy:
BF: I could design an entire house around a chair. I’ve done it twice where there’s one piece of furniture I buy and everything sort of ties into that.

On hidden home issues:
BF: Home issues are like roaches. You see two, but there are actually 20.

On her biggest home design splurge:
BF: … that fancy zebra-striped marble island I have. It was something I always wanted. It’s not porcelain; it’s a real piece of marble, and I said, ‘I love it, I want it.’

On staying in her design lane:
BF: You’re in the Hamptons and all the sudden you see Grecian fountains and you’re in my big fat Greek wedding next to farmhouses. I don’t like jamming my personality into other things besides my conversations.

On solid surfaces:
BF: Porcelain can look as nice as marble. I learned that in my own house…. (Caring for marble) is like taking care of an infant.

On Real Housewives:
BF: It’s a farce. It’s a parody, but most people who are on the show don’t know that…. When I’m at the end of my life, I’m not going to be saying I really wish I hadn’t made fun of Ramona at the lobster clam bake.

On Shark Tank:
BF: It feels like when your kids come back from the mall and all they have is candy, and they want more money. That’s what it’s like on Shark Tank.

On goals:
BF: I’d like to host Saturday Night Live. But not now. I’m not crowning yet.

On leadership:
BF: I don’t like managing people. I don’t like running an operation. I don’t want to worry about Betty taking Post-It notes from the supply closet…. As much as I’m a leader, I’m not a leader in that way.

On bargain shopping:
BF: My boyfriend gave me a $1,000 gift certificate to TJ Maxx as one of my Christmas gifts, and I was dying. And I would rather have it than Prada or Chanel and I’m not kidding.

On words:
BF: I don’t care what people say about me. I’m more worried about my own mouth.

On what she’ll take from Kansas City back to New York:
BF: I’ll take a slab of ribs and a slab of Cambria!